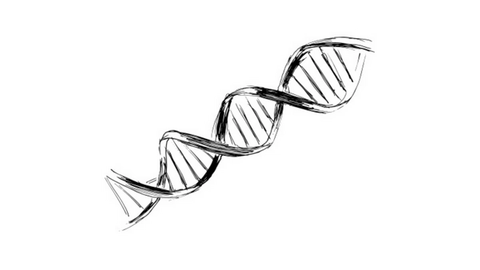 A long-term analysis of 2 clinical trials (NCT02637687, NCT02576431) of larotrectinib in 38 adult and pediatric patients showed a high disease control rate (DCR) in patients with TRK fusion primary central nervous system (CNS) tumors. Responses to the agent were rapid and durable and larotrectinib also demonstrated a manageable safety profile in the study.

Repotrectinib (TPX-0005), another TRK inhibitor, has entered the FDA pipeline and is being actively researched. A novel agent, ICP-723 is also under active investigation for the treatment of TRK fusion-positive cancers.

In an interview with Targeted Oncology™, Lori Wirth, MD, associate professor of Medicine at Harvard Medical School and medical director of the Center for Head and Neck Cancers at Massachusetts General Hospital, discussed the evolving treatment landscape for NTRK fusion-positive thyroid cancers.

TARGETED ONCOLOGY: Can you talk about the introduction of NTRK inhibitors in thyroid cancer?

Wirth: The identification of NTRK fusions in a subset of thyroid cancers paved the way for the introduction of the TRK specific inhibitors for treatment in patients with these fusions in iodine refractory thyroid cancer. While this is an uncommon cancer and the NTRK fusions are uncommonly seen in these patients, it still is meaningful because when patients with NTRK fusion positive-iodine refractory thyroid cancer are treated with a drug like larotrectinib or entrectinib, they typically have high response rates that are durable.

This is the kind of treatment that is a game changer for patients. The other aspect of this gene specific therapy is that the side effect profile is generally well tolerated. I think the tumor agnostic approvals for both larotrectinib and entrectinib in NTRK fusion positive cancers as a real landmark in our moving therapies forward for patients with iodine refractory thyroid cancer is a huge success story in precision medicine for patients with thyroid cancer.

Since the approval of larotrectinib in 2018, how has the drug impacted the field?

Since the approval of larotrectinib in 2018, it has become a standard-of-care therapy for patients with NTRK fusion-positive, iodine-refractory differentiated thyroid cancer. There's no doubt about that. It’s a standard therapy, which we use in the first-line setting for the most part, or in the second-line if patients have already been treated with a multikinase inhibitor. The other game changer in terms of this approval, is the fact that this approval has made it necessary to do biomarker testing in every patient who presents with iodine-refractory differentiated thyroid cancer as well as anaplastic thyroid cancer, so that we identify these actionable alterations in each and every patient that needs treatment.

In 2019, entrectinib was granted FDA approval. What is important to note about this approval?

Prior to this ASCO update, it was a smaller handful of patients with NTRK fusion-positive thyroid cancer that had been reported on with treatment with entrectinib. I think that these updated data presented recently at ASCO make entrectinib another option, in addition to larotrectinib, for patients with NTRK fusion-positive, advance thyroid cancer.

Repotrectinib is now getting attention from the FDA. What promise has been observed with this agent?

Repotrectinib has been studied in the phase 1/2 setting, and we do know that there is activity. What is so important is that there's activity in patients treated with a first-generation TRK specific drugs such as larotrectinib, or entrectinib, where there's acquired resistance. Unfortunately, with this gene specific therapy, we do know that a number of patients ultimately develop acquired resistance.

In the clinical trial space, are there any other agents that are showing promise for the treatment NTRK fusion-positive thyroid cancer?

This year at ASCO, there was a presentation of a drug in the phase 1 setting. The drug is ICP-723. This is a TRK-specific inhibitor that is a second-generation drug. It was designed to inhibit the wild-type TRK A, B and C, but also TRK kinases with the solvent front and gatekeeper resistance alterations. They reported on 17 patients that had been treated thus far. There were no dose-limiting toxicities,and in the 17 patients, there was an objective response rate of 66.7%, and there was even 1 partial response in a patient with central nervous system metastases. The early data for ICP-723 certainly looked promising.