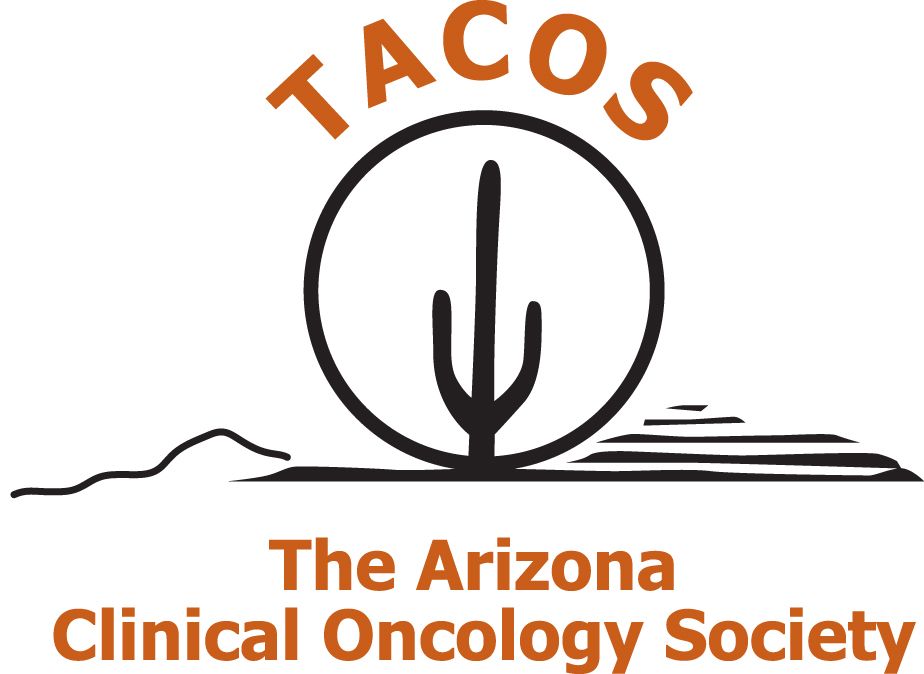 Cancer of the pancreas is relatively rare in the United States (U.S.), ranking eleventh in cancer incidence with 60,000 cases estimated in 2021.1 Despite the low incidence, pancreatic cancer is becoming much more widely known—and feared—as a result of high-profile cases, including singer Aretha Franklin, Supreme Court Justice Ruth Bader Ginsburg, Jeopardy host Alex Trebek, and Representative John Lewis. It is known as a disease that strikes rapidly and aggressively, with minimal treatment options and short survival times. This impression is justified since pancreatic cancer holds the distinction of being the deadliest of the major cancers tracked by the National Cancer Institute Surveillance, Epidemiology, and End Results (SEER) Program as determined by the lowest 5-year relative survival rate.1

The exceptionally poor survival rate from pancreatic cancer can be attributed to factors such as the ambiguity of symptoms and aggressive nature of the pancreatic adenocarcinoma (PDAC) form of the disease. Fifty-two percent of cases of newly diagnosed PDAC present with distant metastases, 30% with regional lymph node involvement, and only 11% have tumors that are localized solely within the pancreas (SEER-18 2011-2017). Survival rates are stage-dependent: 42% for localized disease, 14% regional, and 3% metastatic make up the overall 5-year relative survival rate of 10.8% (SEER-18 2011-2017). These stark numbers explain the 2 major areas of research focus within the pancreatic cancer field: identifying better chemotherapeutic treatments to extend the lives of patients with metastatic disease and developing a strategy to detect pancreatic cancer earlier when it is localized to the pancreas and can be surgically resected.

Symptoms and Advances in the Early Detection of Pancreatic Cancer

If the stage distribution at the time of diagnosis of PDAC could be reversed so that more than 50% of individuals present with localized disease and only 10% are already metastatic, survival would be more than doubled without any additional improvements in therapy.4 For this reason, considerable effort has gone into research to identify individuals at risk of pancreatic cancer and developing surveillance programs and biomarkers to find pancreatic cancer earlier.

Between 10% to 15% of PDAC cases are found in individuals with an elevated risk based on an inherited gene. In some cases, there is a strong family history of pancreatic cancer. The risk of familial pancreatic cancer, defined as a family with at least 1 first-degree relative pair (parent/child or sibling/sibling), varies depending on the number of affected individuals in the family and degree of relatedness but is increased on average approximately 9-fold over the general population.5 In some cases, the gene responsible for familial PDAC is known and can include those involved in hereditary breast and ovarian, melanoma, and colon cancer syndromes. However, there are cases of PDAC in individuals who are found to carry a hereditary predisposition gene and have no known relative with PDAC but may have relatives with other cancer types.6 This realization resulted in changing in National Comprehensive Cancer Network (NCCN) and American Society of Clinical Oncology (ASCO) guidelines to indicate all patients diagnosed with PDAC should receive genetic testing for hereditary syndromes.7,8 Cascade testing of family members of patients with a predisposition gene helps determine their risk of developing the disease, which varies depending on the affected gene.

Most PDAC cases are sporadic, with no indication of inherited risk. Symptoms of pancreatic cancer are often vague and likely to be attributed to changes in daily activities, including abdominal or mid-back pain, unexplained weight loss, loss of appetite, indigestion, and changes in stool. The development of jaundice is more likely to be recognized as a worrisome symptom and evoke imaging follow-up. New-onset diabetes is an often-unrecognized symptom of pancreatic cancer that is providing an opportunity to develop cohorts of individuals at risk of sporadic PDAC and validate biomarker and algorithm-based approaches to improving the early detection of PDAC.9 PDAC arises from benign precursors referred to as pancreatic intraepithelial neoplasms (PanIN), as well as from subsets of pancreatic cysts. Pancreatic cysts are common, and mucinous cystic neoplasm and intraductal papillary mucinous neoplasms have varying malignant potential; their detection and clinical management is addressed by guidelines from several organizations.10

Surveillance programs for high-risk individuals relies on imaging by endoscopic ultrasonography and/or MRI/magnetic resonance cholangiopancreatography.11 Results following 16 years of follow-up of individuals with genetic factors or family history of PDAC enrolled in the Cancer of the Pancreas Screening (CAPS) study revealed that most PDAC detected during surveillance were resectable with significantly improved survival relative to those who had PDAC detected outside of surveillance.12

There are several commercially developed screening assays that provide encouragement that breakthroughs in the early detection of pancreatic cancer will occur sooner rather than later. The IMMray PanCan-d blood test for protein biomarkers was released in 2021 for the early detection of PDAC in individuals at high risk for familial or hereditary pancreatic cancer. The Galleri multicancer blood test for methylated circulating DNA includes pancreatic cancer and is recommended for the general population of adults age 50 or older.13 There are also tests of cyst fluid to distinguish cysts with low vs high risk of progression to pancreatic cancer, including CompCyst,14 PancreaSeq,15 and Pancragen.16 None of these tests are FDA approved or acknowledged by the U.S. Preventive Services Task Force as being of sufficient clinical utility for use in screening for pancreatic cancer but represent an advance and an opportunity for further studies to reach that goal.

Advances in the Treatment of Pancreatic Adenocarcinoma

Advances in the treatment of PDAC in the U.S. have arisen from the testing of regimens that were successful in other cancer types as well as from clinical research leading to FDA approval for new treatment entities. Progress has historically been slow, with less than 10% of phase 3 trials for the first-line treatment of PDAC resulting in a clinically meaningful advance.17 Currently, the 4-drug regimen FOLFIRINOX (folinic acid, fluorouracil [5-FU], oxaliplatin, irinotecan) and the combination of gemcitabine and nab-paclitaxel are standard therapies for metastatic pancreatic cancer, with gemcitabine alone often used for individuals with low performance status. The first approved second line treatment for patients with metastatic PDAC who received gemcitabine in the first line occurred in 2015 and consists of 5-FU + nal-irinotecan.18

The success of gemcitabine- and FOLFIRINOX-based regimens for metastatic disease resulted in their testing and use for adjuvant treatment for earlier stage PDAC.19,20 Still under debate is the relative benefit of chemotherapy or radiation therapy in the preoperative vs postoperative setting and the agents of choice for neoadjuvant therapy for those diagnosed with resectable or borderline resectable disease. Neoadjuvant therapy is used in many U.S. institutions based on reports of clinical trials from Asia21,22 and Europe23 as the results from ongoing U.S. clinical trials are awaited.

Interestingly, there has been an improvement in survival with standard-of-care chemotherapies over time. The median overall survival (OS) with gemcitabine treatment reported in phase 3 trials between 1993 and 2000 was 5.5 months; between 2001 and 2006, 6.2 months; and 2007 and 2012, 8.1 months.17 The combination gemcitabine plus nab-paclitaxel resulted in an 8.5-month median OS in a trial that completed in 201224 and 10.8 months in the control arm of a trial that completed in 2018.25 Presumably this increase reflects experience with the drugs and improvements in supportive care measures.

The success of precision medicine in cancer in general has benefited subsets of patients with pancreatic cancer. Enthusiasm for a precision medicine approach in PDAC was initially dampened by the difficulty and risk in obtaining sufficient tissue and the presence of KRAS mutations in over 90% of cases. However, studies indicated approximately 25% of PDAC tumors contained molecular alterations that suggested potential benefit from investigational or approved therapeutic agents.26-29 The Pancreatic Cancer Action Network’s Know Your Tumor® program, which provides biomarker testing for patients throughout the U.S., reported that individuals with molecular alterations who received targeted therapy had an OS 1 year longer than those who did not receive targeted therapy or with no molecular alteration (2.58 vs 1.51 and 1.32 years median OS, respectively).30 The ‘holy grail’ of PDAC precision medicine would be targeting the common KRAS G12D, G12V, or G12R mutations (41%, 34%, and 16% of PDAC, respectively).31 The recent approval of sotorasib (Lumakras) for KRAS G12C mutant non–small cell lung cancer provides hope that such agents are forthcoming.32

Alterations in BRCA1/2 are currently the most common targetable molecular alteration and are identified in 5% to 10% of PDAC.33 Olaparib (Lynparza), a PARP inhibitor, has been approved in the maintenance setting for patients with PDAC with germline alterations in BRCA1/2 genes.34 Results from the ASCO Targeted Agent and Profiling Utilization Registry (TAPUR) study indicate olaparib efficacy in patients in PDAC with either germline or tumor specific BRCA1/2 inactivating mutations.35 The advent of FDA tissue-agnostic approvals of targeted therapies for biomarker-identified cancers plays an important role in patients with pancreatic cancer realizing the benefits of precision medicine. Although NTRK fusions (<1%)36 and microsatellite instability-high/mismatch repair-deficient alterations (~1%)37 are found only rarely in pancreatic cancer, the existence of these FDA-approved treatment options for these individuals justified NCCN guideline changes to recommend genetic testing for inherited mutations of all patients with pancreatic cancer and biomarker testing of tumor tissue of those with pancreatic cancer seeking treatment.8

PDAC has the reputation of being an immunologically “cold” tumor and non-responsive to single-agent checkpoint inhibitors. The exception is a small subset of molecularly-defined PDAC with microsatellite instability, mismatch repair deficiency, or high tumor mutational burden.38,39 There has been a substantial increase over the past decade in clinical trials testing hypotheses related to the influence of PDAC-associated desmoplasia in excluding T-cells and the presence of abundant immunosuppressive cells.40 Immunotherapy trials now make up 30% of the approximately 150 total PDAC clinical trials open in the U.S. at any one time.41 The complexity of these trials has increased over time; trials in 2011 and 2012 tested a vaccine or an immune modulating agent alone or in combination with gemcitabine; between 2013 and 2015, trials included a checkpoint inhibitor; and the complexity of the immunotherapeutic combinations increased from 2016 onwards. These trends are likely to indicate an acknowledgement of the need to address the immunological complexity of PDAC if we are to hope for a significant benefit for most patients with PDAC.

The Future of Pancreatic Cancer Management

Advances for pancreatic cancer are coming at both ends of the spectrum: the detection of earlier stage disease and the management of metastatic disease.The change in guidelines so patients with pancreatic cancer get tested for predisposition genes and inform family members should significantly increase the number of individuals aware of an elevated pancreatic cancer risk. Advances in blood-based biomarkers for early detection will be facilitated by studies collecting pre-diagnostic samples for validation studies, and artificial intelligence approaches to imaging are likely to improve the detection of pancreatic cancer at a much earlier, resectable stage. Improved survival following standard chemotherapies, the growing list of FDA-approved drugs for molecularly defined cancers, and the substantial efforts focused on converting the pancreatic cancer microenvironment into one that is responsive to immunotherapies suggests there will be many more tools in the medical oncologist’s toolkit soon.

The FDA has suggested that master protocol platform trials represent the future of cancer clinical research.42 The pancreatic cancer field has joined this movement, and the Pancreatic Cancer Action Network’s Precision Promisesm, a phase 2/3 registration-ready platform trial for metastatic pancreatic cancer in the first and second line, joins platform trials in several other diseases as a way to streamline and accelerate development and FDA approval of new therapies. We look forward to the day when pancreatic cancer is no longer considered the poster child for a terminal disease.