Differentiating Pseudoprogression From Hyperprogression in Patients Treated With Immunotherapies 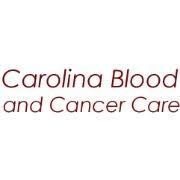 Advances in the field have also led to the recognition of other clinical challenges, including unforeseen observations and complications associated with choosing the sequencing of appropriate therapeutic interventions as well as the management of drug-related complications.

The rapid progression of novel immune-based treatment strategies in solid tumors—beginning with the approval of immune checkpoint inhibitors (ICIs) for melanoma in 2011 and subsequent approval of numerous agents in the ICI therapeutic category—has revolutionized treatment of advanced cancers that were deemed invariably fatal until the past decade.1,2 Faster development of novel biomarker-driven targeted therapies has accelerated hope and optimism about converting advanced solid tumors into chronic diseases. These advances have also led to the recognition of other clinical challenges, including unforeseen observations and complications associated with choosing the sequencing of appropriate therapeutic interventions as well as the management of drug-related complications.

One critical enigma facing clinicians is how to differentiate between pseudoprogression (PSP), true disease progression (TDP), and hyperprogression (HPD). These phenomena are observed in patients treated with ICIs targeting CTLA-4, PD-1, or PD-L1 that are approved for use across multiple types of advanced cancers. The lack of consensus or an analytic framework to decipher and differentiate between early indications of PSP, TDP, and HPD may expose patients to avoidable harm.

Another challenge centers around selecting the most appropriate therapeutic intervention when broad-based genomic profiling results reveal multiple actionable biomarkers vs actionable genomic driver mutations such as those found in EGFR, ALK, ROS1, and a number of other targetable pathogenic genomic alterations. Selecting the right drug at the right time for patients is further complicated by these considerations:

For this review we will confine our discussion to the clinical impact associated with the determination of PSP, TDP, and HPD following ICI therapy. Even the definitions of TDP, PSP, and HPD have not reached uniform consensus, so we will focus on clinical implications.

Although an accurate consensus has not been reached on defining PSP or HPD, differentiating between those clinical states is critically important. PSP indicates efficacy of ICI therapy, whereas HPD portrays ineffective treatment with ICIs resulting in a rapid negative clinical outcome in most cases. PSP is a type of response to ICI therapy accompanied by an apparent initial increase in tumor size or new lesions, which potentially appear upon radiological assessment, followed by an eventual decrease in tumor burden. Although this response favors patients receiving ICI therapy, a lack of awareness can lead to premature discontinuation of treatment because of an incorrect clinical interpretation of disease progression.3,4

The incidence of ICI therapy–associated PSP varies from 3.70% to 15% in different tumor types.5-9 PSP is a relatively uncommon response defined as an initial increase of tumor size followed by a measurable response to treatment. ICI therapy–associated PSP results from an exacerbated immune cell infiltration in the tumor bed (T cells expressing CD103+ and CD8+).10 Another postulated mechanism of PSP described by Cohen et al11 occurred in a case of PSP involving brain metastases in a patient with melanoma after treatment with pembrolizumab (Keytruda). The histology revealed an inflammatory reaction identified as isolated clusters of tumor cells surrounded by reactive astrocytosis and inflammatory cells.11 PSP associated with ICI therapy carried a higher likelihood of 1-year survival when compared with TPD.12 Failure to distinguish PSP from TPD may result in premature discontinuation of treatment with ICI, leading to adverse outcomes. It is crucial to distinguish between TPD and PSP.

HPD can be defined as an accelerated tumor growth pattern after exposure to ICI therapy, with an increase in the absolute mass of tumor cells in a relatively short time. Possible explanations of HPD in response to ICI may include the expansion of PD-1–positive regulatory T cells, exhaustion of compensatory T cells, modulation of protumorigenic immune cell subsets, and activation of aberrant inflammation cell cycle signaling.13 HPD may be observed as a rapid escalation in the size and bulk of masses of measurable tumor volume, the appearance of numerous new lesions, and/or rapid deterioration in organ function leading to symptomatic disease progression (similar to jaundice from a rise in bilirubin and liver enzymes), and/or shortness of breath from the progression of metastases in the lungs or deterioration of brain metastases leading to worsening central nervous system symptoms. Efforts have been made to define HPD based on tumor growth rate (TGR), tumor growth kinetics (TGK), and other RECIST parameters to better define HPD. However, such efforts are often in isolation and limited to institution-based criteria.

Park et al14 published a study after exhaustive and systematic analysis to define HPD. They concluded that the clinical interpretation of HPD appears diverse, with the incidence of HPD varying from 5.9% to 43.1% across studies examined in their meta-analysis. They also highlighted the critical unmet need for establishing uniform and clinically relevant criteria based on currently available evidence to define HPD. One of the most compelling reasons to identify true HPD is the association of patients with HPD with extremely poor prognosis. Several studies reported worse progression-free survival and overall survival in the subgroup analysis of patients with HPD.15-18 Earlier identification of patients with HPD could lead to quicker adjustment of therapeutic selection to improve the dismal clinical outcomes currently associated with HPD. Because there remains no clear consensus around the definition of HPD at the time of writing this article, we simply define HPD as resulting in the rapid clinical acceleration of tumor growth resulting in shortened patient survival.

With the rapid strides in immune-based treatment options in patients with advanced solid tumors in the past decade, we have seen significant clinical improvement in patient quality of life and quantitative improvement of clinical outcomes. However, increased utilization of ICI therapies has also led to the recognition of new clinical challenges associated with a small but not insignificant number of patients, where failure to distinguish between TPD, PSP, and HPD clearly has an impact on patient lives. It is critical that our research communities start paying more attention to and providing clinical guidance around the following issues:

Although ICI approaches are now a mainstay in therapy, challenges to optimal benefit, such as PSP, TDP, and HPD, require continued vigilance.