Are User Fees the Solution for Abuse of the 340B Program? 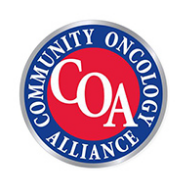 Representative Chris Collins recently proposed a bill that could provide the Health Resources and Serves Administration with additional resources to regulate the 340B Drug Discount Program. The 340 Drug Discount Accountability Act was introduced in the House of Representatives on June 27. If passed, the act would require that all participating hospitals document their total 340B drug purchases and pay a user fee of 0.1% to the HRSA.

Representative Chris Collins (R-NY) recently proposed a bill that could provide the Health Resources and Services Administration (HRSA) with additional resources to regulate the 340B Drug Discount Program. The 340 Drug Discount Accountability Act (HR 6240) was introduced in the House of Representatives on June 27. If passed, the act would require that all participating hospitals document their total 340B drug purchases and pay a user fee of 0.1% to the HRSA for oversight costs.

“Providing HRSA with the resources and authority it needs to do its job just makes sense,” said Jeff Vacirca, MD, FACP, president of Community Oncology Alliance (COA) and CEO of NY Cancer Specialists, in a statement. COA expressed in a recent press release its support for the bill and its co-sponsors for their efforts to strengthen the 340B program, which provides discounted prices on prescription drugs and other medications for participating health care providers.

If the bill is passed, the user fees would be used to cover additional audits made by the HRSA and improvements in databases, such as the Compliance Management Tool and the 340B Public Database, which create transparency and accountability for all participants. Other 340B providers would be exempt from the fee.

The bill would also grant the HRSA with direct-hire authority for employees responsible for the oversight. Additionally, the Health and Human Services (HHS) Office of Inspector General would be required to submit an annual review of the user fees to lawmakers.

Prior to the proposed bill, a report by the House Energy and Commerce Committee identified several weaknesses on the program’s administration and oversight. Most notably, the “unclear parameters” made by Congress were to blame for the abuse that has taken place. It also noted that the HRSA did not have sufficient regulatory authority to properly identify and regulate program requirements.

“At the Energy and Commerce Committee, we have spent 2 years evaluating this program after weaknesses were found by watchdog federal agencies,” Collins said in a statement. “Congress had good intent 25 years ago when this program was created, but things went haywire due to a lack of oversight and transparency. There are many pieces of the puzzle to fix. My legislation will finally provide the HRSA the funds it needs to fulfill its oversight responsibilities for this expanding program.”

Hospital groups have already initiated a pushback since the bill was introduced. They have argued that the HRSA has yet to implement oversight on drug manufacturers involved with the 340B program. Nor has it publicly released the 340B ceiling price website, which would reveal the maximum amount that a manufacture can charge a participating provider for a 340B covered outpatient drug. Therefore, they contend, the money distributed to the HRSA would be misspent by an organization that is already failing to properly oversee the program.

The American Hospital Association (AHA) has long opposed the user fees for the 340B program, which would only be compulsory for hospital-setting 340B participants. “We are concerned with providing additional resources to HRSA when the agency is not using its existing statutory authority to oversee the program,” 340B Health, a membership organization of hospitals participating in the program, commented in a statement.

Instead, the AHA has offered its support for other proposed 340B reform bills, including Congresswoman Doris O. Matsui’s (D-CA) Stretching Entity Resources for Vulnerable (SERV) Communities Act (HR 6071). The bill was introduced to the House of Representatives on June 12.

In agreement that the 340B program is abused, the legislation suggests that the blame placed on hospitals and other healthcare providers for abuse of 340B is misplaced. Drug manufacturers, however, have not been subject to the same periodic audits by the HRSA. If passed, the bill would require the Secretary of HHS to more evenly scrutinize covered entities and manufacturers.

Additionally, the HRSA would be required to publish the ceiling price website, and implement civil monetary penalties for manufacturers who refuse to display their ceiling drug prices for covered outpatient drugs.

The bill also documents initiatives to reverse the Medicare Hospital Outpatient Prospective Payment System rule, which imposed a cut in Medicare reimbursements for Part B drugs to 340B hospitals. The rule was implemented in January.

“Hospitals and clinics doing life-saving work rely on the 340B program to help them provide inclusive and affordable care in their communities,” Matsui said in a statement. “This legislation makes clear the importance of preserving the program so safety net providers can continue to serve low-income and vulnerable patients.”

The 340 Drug Discount Accountability Act and the SERV Committees Act are among much legislation intended to improve the 340B program.