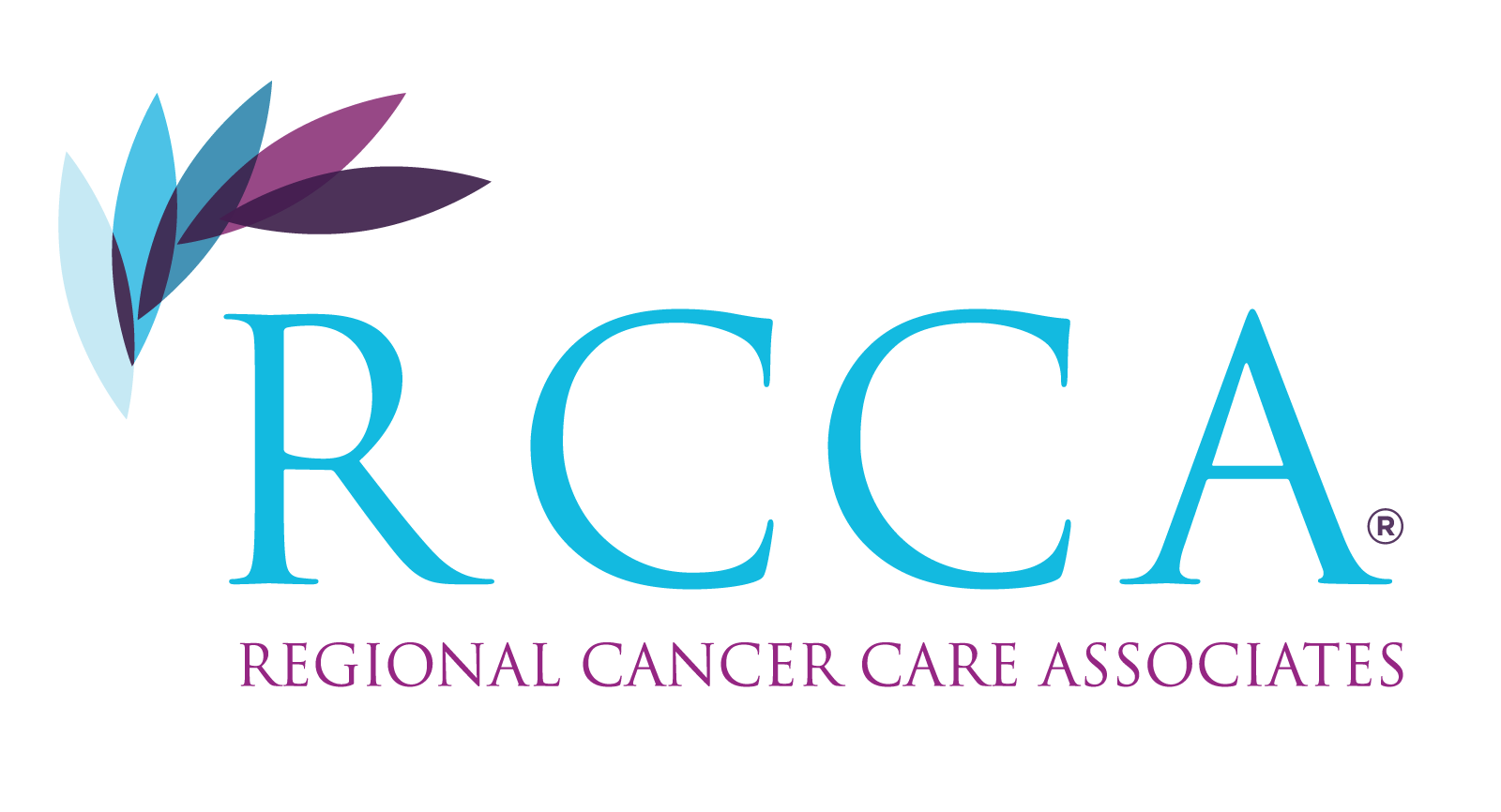 Targeted OncologyTM: How do you approach a patient who has already started systemic treatment and then you discover a RET rearrangement?

HARPER: The algorithm from the NCCN [National Comprehensive Cancer Network] guidelines for non–small cell lung cancer [NSCLC] has recommendations for RET rearrangement positivity discovered during [treatment with first-line systemic therapy].1 This is similar to the algorithm for many other targeted therapies. You have a choice, either continue the planned systemic treatment or interrupt and use your preferred agents, which are selpercatinib [Retevmo] or pralsetinib [Gavreto]. After that, you can go on to [other] therapies upon progression.

The LIBRETTO-001 study [NCT03157128] [provided the data that the FDA used to approve selpercatinib] for RET fusion–positive lung cancer, and thyroid cancer.2,3 There were 702 initial patients who had advanced disease and needed systemic treatment.2 They had a RET fusion or mutation and good ECOG performance status, [defined as 0 to 2]. To enter the study, patients needed a normal QT interval. [The study enrolled patients with] lung cancer who had previous [platinum] chemotherapy as well as some who were treatment naive. [They also enrolled] patients with non–medullary thyroid cancer as well as medullary thyroid cancer. We’ll discuss the primary end point of response rate, [as well as the] secondary end points, which were duration of response [DOR], progression-free survival [PFS], safety, and [adverse] effects [AEs]. In this trial, treatment beyond progression was permitted if investigators felt there was clinical benefit.

The demographics of people who had previous chemotherapy verses people who were untreated [were similar between groups].2 The majority were female [60%], just due to where the studies were done. Half of the patients were White in the previously treated group, and slightly more in the untreated group [72%]. [Most of the patients had never smoked], but former smokers were also enrolled. Good performance status—[most were EGOG 1 or 2]. Many patients had adenocarcinoma, though there were some [patients with large cell] neuroendocrine [carcinoma]. Brain metastases [were present in 36% of the previously treated group and 18% in the untreated group]. And the most common fusion was the KIFIB-RET fusion as its fusion partner. [In the group treated with] previous platinum chemotherapy, [55%] were treated with anti–PD-1 or PD-L1 therapy and [48% received therapy with multitargeted] TKIs [tyrosine kinase inhibitors].

Because there were patients who were allowed into the study after getting anti–PD-1 or anti–PD-L1 treatments, is there a safety concern we might see with other TKIs?

I think theoretically, yes. I don’t know to what extent the authors of this study considered that, but I think the RET population is relatively small. It’s 1% to 2% of patients. I think with the excitement around having 1 or more agents that can target this small population, they wanted to open the trial to as many patients as possible. [Does] receiving immunotherapy first put patients at risk for AEs later when a targeted agent is involved? It did not appear from the data that I’ve seen [that] it was an issue, but it would be a concern.

[Selpercatinib decreased tumor size in all target lesions in both the previously untreated and treated groups].2 [The data were] also fairly impressive with regard to intercranial responses. The objective intercranial response in the group that received previous chemotherapy was 91% [10 out of 11 patients] with [27% (n = 3)] complete responses. There was a fairly durable duration of CNS response of 10 months. It did not appear that previous anti–PD-1 or anti–PD-L1 therapy was a risk factor for [worse outcomes in patients who were not previously treated] with immunotherapy.

Can you describe the phase 2 dose expansion data from the LIBRETTO-001 trial, and the implications for patients with NSCLC and CNS disease?

Phase 1 was focused on dose escalation of 20 mg of selpercatinib daily to 240 mg twice daily.2 In phase 2 they studied [the recommended] dose of 160 mg twice daily [for a 28-day cycle until disease progression or unacceptable toxicity].4,5 And there were different patients involved. Some of whom were patients with RET-mutant [medullary] thyroid cancer [n = 226], some had RET fusion–positive NSCLC [n = 253], and some had RET fusion–positive thyroid cancer [n = 27]. Some of the patients with NSCLC had brain metastatic disease at baseline [n = 80], 22 of those patients had measurable brain metastatic disease, and there was a population with CNS disease [n = 58].5 The end points were response rate and DOR. Treatment beyond progression was permitted if investigators felt there was clinical benefit.

So again, we only had 22 patients with RET fusion–positive NSCLC with measurable [CNS] disease.5 There was an objective response rate of 81% [(n = 18) in that group]. A minority [of the group had complete responses (23%)]. Some of those patients had never had RT [radiotherapy] and had complete responses. Partial responses were seen in [59.1% of the patients with measurable CNS metastases.] Stable disease [rate], where there did not appear to be primary disease progression, was 18.2% in this group. The DOR was approximately 9 months.

What were the PFS benefits from the LIBRETTO-001 trial, and were there significant adverse events with selpercatinib?

The [median] PFS was approximately 16 months.2 The 1-year PFS [rate] in the previously-treated group was 66%, but it was 75% [in those who were previously untreated.]

There were AEs, some of which were attributed to other things, but largely all of them were treatment related.2,6 The common ones included diarrhea, dry mouth, and hypertension. I highlight hypertension because there were grade 3 instances of hypertension. There were AST [aspartate aminotransferase] and ALT [alanine aminotransferase] elevations that were in grade 3 or grade 4. So, liver function tests need to be monitored closely. There were small numbers of discontinuation, [less than 1%], due to [elevated] liver tests, sepsis, drug hypersensitivity, [fatigue, and thrombocytopenia]. It was not uncommon to have dose interruptions [42%] or dose reductions [31%, due to AEs]. Prolonged QT was seen in different grades. Some were grade 1 and grade 2, but [there was also] grade 3 QT prolongation. This is [why] QT monitoring needs to be done, so that you don’t get into these more serious grades that require dose interruption or discontinuation.

Approximately 1 year ago, May 8th 2020, the FDA approved selpercatinib for all patients with RET fusion-positive NSCLC.3,6 It’s also approved in medullary thyroid cancer.

What laboratory tests do you prefer to use for tumor DNA and genetic testing, and is turnaround time a big concern?

So, I would say, Guardant is my test for expedience because I am almost always at some point going to be sending tissue for PD-L1 and mutation analysis. So, I think it’s nice to have something back in 7 days and if you have a target you can jump on it. But if you want the comprehensive analysis, I think the tissue is going to fill the void regarding how comprehensive your testing is going to be.

Can you describe the ARROW trial (NCT03037385) data and the efficacy and safety of pralsetinib in this space?

The ARROW trial resembles the LIBRETTO-001 trial fairly [closely; it studied metastatic RET fusion–positive NSCLC in those who were treated previously with platinum chemotherapy compared with those who were treatment naive.7,8] The difference is [it studied] pralsetinib, which has once-daily dosing, the phase 2 dose was 400 mg once daily. There is a dose expansion [aspect of the trial that is ongoing looking at] different disease types that carry a RET alteration. [The primary end points were] response and safety, and the secondary end points [were] DOR and clinical benefit rate.

The demographics were similar; these were good performance status patients.9 [Patients had unresectable locally advanced or metastatic tumors, documented RET fusion or mutation, measurable disease, and an ECOG performance status of 0 to 1.] There were approximately 40% of [patients who were previously treated] and treatment naive patients who had a history of, or current, brain metastatic disease. There were prior treatments of up to 6 lines in the previously treated patients, and a good majority of patients [had previous treatment with] PD-1 or PD-L1 agents.

[In terms of AEs], fatigue was common, [but] it was rarely grade 3 or grade 4. Diarrhea [was present in] 24% [of patients at any grade, and 3% had diarrhea at grade 3 or 4]. Hypertension at grade 3 or 4 [was present in] over 10% of patients. Just note, hypertension was common and even the prescribing information says you have to treat the hypertension to normalcy prior to starting the drug. Interstitial lung disease or pneumonitis [of any grade] was recorded in 10% of patients, 3% at grade 3 and grade 4, [and] there were fatal cases in [0.5% of patients]. This might [mean that there are] patients who would not be a candidate for this drug because of previous pneumonitis from a new checkpoint inhibitor or [a] significant underlying benign lung disease or lymphangitic disease where pneumonitis could put them into respiratory failure. But this is where your AE profile could drive which drug you choose.

In September 2020, pralsetinib was approved for NSCLC with a RET fusion and there was [also] a companion diagnostic [for pralsetinib approved, the Oncomine DX Target Test].10